Let’s start from the beginning before we delve into our detailed reviews on the best online dating apps. Online dating really was first started by sites like Match.com some 20 years ago now. However, the 2nd generation of online dating is all about mobile dating apps and ways to browse singles from your phone free. Now of course most of the best dating apps are not totally free, but the initial ability to join and browse is.

The truth is there are literally thousands of low-quality dating apps in existence, most of which have far too few members to really locate local singles.

Other dating apps don’t have the technical prowess to keep up with support as they grow or build out features that scale. Therefore, dating apps come and go and before they make this exclusive list they really have to be either widely covered in the news or truly established and good dating apps. That said, let’s talk a bit more about what dating apps are and how they work.

First let’s cover some of the basics about what dating apps are and the different types of mobile dating applications for singles. We think by giving you a primer using dating apps you can better understand which ones might be worth your time to download and try.

After all, your time is valuable and we hope our table showing how the top dating apps compare will save you some time!

What are dating apps?

Much confusion exists today about what a dating app is and how it differs from a traditional dating site. Is it even online dating? Yes and no, well not exactly. Let’s first define an application. An application is simply software for smartphones, mobile devices, or tablets. That is all an app is.

These apps typically don’t house information but merely aggregate information from Facebook through the way the software is written/coded. There you have it.

Dating apps are software for phones and tablets and they can serve a wide variety of functions.

3. Web Dating Apps – not installed on a device but rather used over the internet to make a site more mobile friendly

3. Most online dating apps are Hybrid Dating Apps. While traditional hybrid apps typically do not need to be connected to the internet with dating apps that’s often not the case.

However, like most hybrid apps; dating apps that fall into this category will store some information locally on your device but are designed to work with data stored with either a social network or a traditional online dating site. (As you can see there is some overlap and the general terms do not fit all circumstances for which apps are used)

Example. A mortgage payment app would have a lot less data and therefore it would be feasible to store that on a device with no space constraints. However, storing 1 million or more singles profiles isn’t feasible. 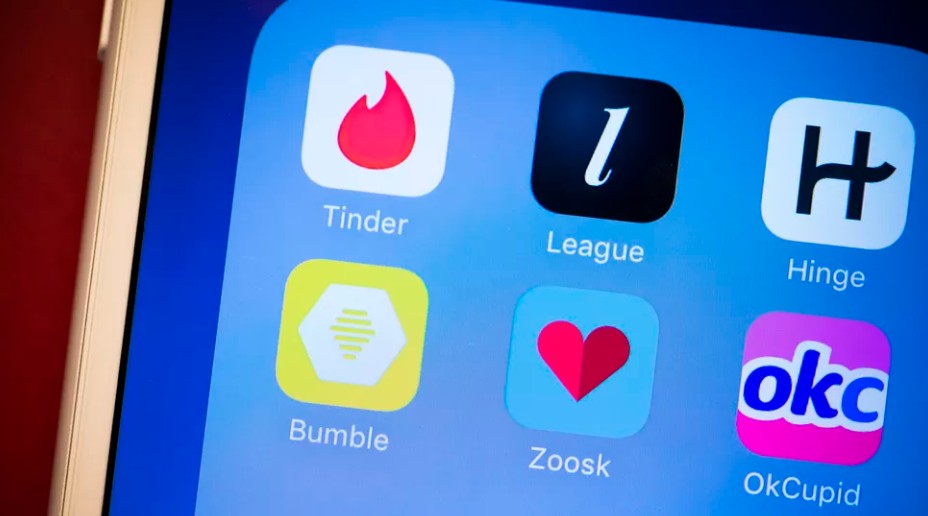 So the next time someone talks to you about a dating apps now you have a little more background on what they are. Now that you know what dating apps are and that they are merely software to make things work properly on your mobile device or tablet the next question should be which dating apps are worth trying.

Which dating apps are most popular….and why?

Our goal is to help you stay abreast of which online dating apps are the best and which dating apps are like ghost-towns; meaning they no longer have many users. If you are like me there is nothing more frustrating than taking your time to download a new dating app only to discover it is totally useless. I think it’s fair to say we all hate that!

Below you will see our dating app comparison table which has links to reviews pages for all the top dating apps.

Also in the table, we are working on compiling the total downloads or where this information is not available the most accurate estimates. Where available we will always share user-ship statistics. After-all nothing is more important when it comes to online dating apps than the actual amount of people who are actively using the app.

Think of it this way. No different from a dating site with too few members, a dating app that nobody is using, even if the features are great; is totally useless.

Do understand that this area of online dating is evolving and at OnlineDatingApps.net we are working hard to keep abreast of the latest trends in mobile dating as well as keep on top of updates to the existing and most popular dating apps.

Please do not hesitate to send us updates or tips. You can do so by emailing Jason@DatingWebsiteReview.net. We also love to hear about new dating apps so feel free to share your news and it may just end up in our online dating news column.

This can be for a variety of reasons but typically it’s just due to the size of their singles database. Were are constantly updating the dating app reviews linked within the table and shifting the dating application rankings to reflect the current sentiment with singles.

Remember to leave your own dating app reviews on each review page for any of the dating apps that you have used or currently use.

Thanks for your help in making our site a more useful resource for everyone!

try it free, join, and then download the app!