You are here: Home / Online Dating / History of match, how it became the largest dating site in the world! (TIMELINE)

The history of Match.com I find fascinating, it’s now nearly 20 years old as the Huffington Post recognized just 3 years ago it’s 15 year anniversary here. (So we are just two years shy but why wait?) and so we thought what better way of celebrating early the Match.com 20 year anniversary than looking at a Timeline of how this company has come to being widely recognized as the leading online dating site. Here is out look back at back at Match.com.

1993 – Gary Kremen starts what is today Match.com. Initially the technology created was to power a classifieds system for the newspaper!  That same year Simon Glinsky joined Mr. Kremen in developing a full scale business plan for Match.com.

1995 – Wired Magazine writes about the bright future of Match.com

1998 – Cendant buys Match.com. Cendant is perhaps most known in the real estate industry. Cendants sells the site to IAC a year later. Site would explode over the next 5 years.

2004 – The Guinness Book of World Records named Match.com to be the single biggest online dating site in the world.

2006 – Massive redesign to portray the look of the new marketing plan.

2010 – Partners with Meetic to connect US and European searches between the respective countries within the Match.com database. Also launches the Match.com mobile app for that is Android compatible. This meant that now Match.com apps were available on all major smartphone platforms thereby being on of the first to adopt mobile online dating! Match.com also took over the powering of Yahoo dating in 2010!

2011 – Match.com buys OkCupid which is at the time the 2nd largest free online dating site.

The history of match.com is indeed a story of American innovation at it’s best. It’s just merely one example of millions on how one idea, at the right place in time can spur something that can change how interact within each other, and ultimately how millions find love!

Keep in mind besides the most recent match promo codes where you can always claim your match.com discount you can read actual match customer reviews on our match.com reviews. We break down all the features and membership costs of match.com versus other online dating sites. These coupons for Match.com offered here… save you 20% Off option for 6 mo. membership! That means you pay less than 16 dollars per month!! 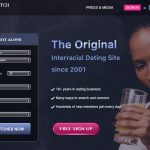